Creatine as a dietary supplement

In the Greek language "kreas" means meat. Vertebrates need creatine to supply their muscles with energy. This substance is required for the body's own synthesis of adenosine triphosphate (ATP) , which enables our muscles to perform in the first place.

The nutritional supplement creatine has been extensively investigated with regard to its mechanisms of action. It is evident that muscle strength is significantly increased through regular intake of creatine. 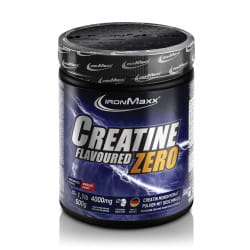 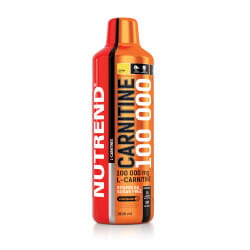 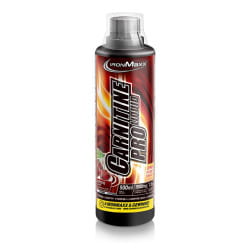 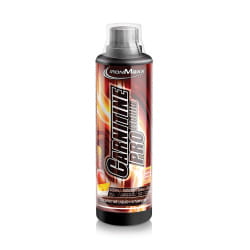 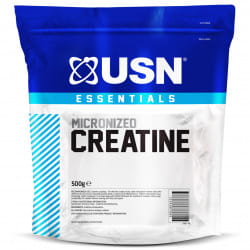 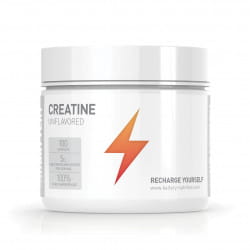 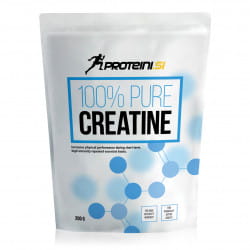 The body's own substance creatine consists of three amino acids:

Our liver, kidneys and pancreas together produce up to two grams of it every day. But we can also add creatine to our body through diet. Much of it is contained in:

Vegetarians or vegans sometimes have difficulties meeting their daily cretin requirements, especially when they do a lot of sport. These groups are therefore well advised to help with an appropriate supplement.

Phosphorus creatine (PCr) is mainly needed for muscle contraction and also for nerve and brain functions. Energy is generated every time a phosphate residue is split off, with ATP being consumed in the process. Creatine is therefore essential for normal physical development.

Gene defects are mostly responsible for the so-called creatine deficiency syndrome. This affects certain enzymes that are involved in creatine synthesis, sometimes it is more due to a disturbed transport of creatine to the target cells. Those affected have severe neuromuscular, neurological and pathological disorders, which are:

In 2006 there was a study on creatine supplementation in men. It was about men who regularly do strength training. A significantly higher muscle fiber growth was attested to the supplementation, especially with the fast glycolytic type II fibers. A moderate consumption of creatine is classified as harmless even over a longer period of time.

As a dietary supplement, creatine is usually sold in the form of creatine monohydrate as a powder or capsules. Anyone who takes such preparations with grape sugar or grape juice can increase their effect.

Even in people over 55 years of age, a daily dose of just three grams still leads to muscle building, provided that they regularly do muscle building training at least three times a week. No side effects of creatine were known at this dosage.

How is creatine taken?

The powder is stirred into a liquid that is as warm as possible. Capsules or tablets are pressed (compressed) powder. The instruction leaflet provides dosing instructions that you should strictly adhere to. In any case, creatine should be taken with plenty of fluids as it has hydrophilic properties.

It is recommended that creatine be consumed with short-chain carbohydrates. Sweets are seen as a "transport matrix" into the bloodstream. This makes it easier for the substance to reach the muscle fibers. In addition, when sugar is absorbed, in su lin is released, which additionally promotes the whole process. Hence the reference to sweet grape juice above.

How Much Creatine Per Day is Good?

Three to five grams of creatine per day is a good and completely sufficient dosage, since we also ingest this substance with normal food. Our creatine stores are limited anyway and depend on the existing muscle mass. A man who weighs around 70 kilograms and has average muscles stores around 120 grams of creatine. If you take in too much of it, it just leaves it unused.

Are there preferred times for taking it?

No, because creatine is stored in the muscles anyway. It is more important that the dose is taken regularly, preferably always at the same time of day. So that the creatine does not stay too long in the stomach, it should always be consumed on an empty stomach. For example, if you mix your creatine with grape juice, it is better to consume the drink after training.

By the way, there are the so-called "non-responders", for whom the creatine supplement has little or no effect. One reason for this is, for example, that their creatine stores are already full.

Origin and purity of creatine

The commercially available creatine monohydrate should have a purity of at least 99.5 percent. Not all countries can come up with really reliable manufacturing processes and controls. In any case, preference should be given to high-quality nutritional supplements based on biological standards.

Magnesium is an issue with creatine

Creatine phosphate binds free magnesium. This can lead to a magnesium deficiency and therefore muscle cramps. An additional magnesium supplement is then recommended.

What happens in the event of an overdose?

If the dosage is too high, gas and diarrhea can occur. In extreme cases, kidney damage has also been observed. The body's own creatine synthesis is reduced. Water retention can lead to disproportionate weight gain.