In principle, the body's own fat burning can only be achieved through a calorie deficit, but there are a variety of ways to trim one's metabolism specifically to burn the macronutrient fat and any fat deposits on the body. For this, among other things, sporting activity , building lean muscle mass , which in turn burns fat, or the choice of the right foods that have positive effects on fat burning and hormone metabolism. 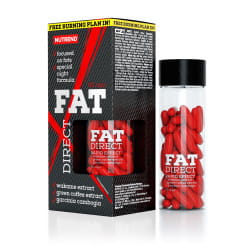 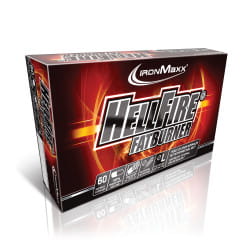 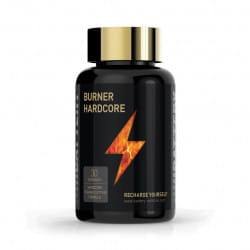 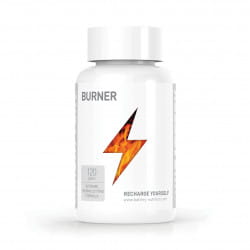 On the one hand, natural foods can be used as fat burners , on the other hand, there is a large selection of dietary supplements available to potential users that are overall suitable for boosting fat burning . For this purpose, it must first be considered in which situations fat is burned in the form of dietary fats or storage fats. On the one hand, this can be achieved by stimulating the circulation - consequently, natural stimulants such as caffeine or tea are suitable for this.

Furthermore, organic acids can help build more muscle mass, which considerably increases the basal metabolic rate and thus more fat can be burned even in a resting state. Better blood circulation, endurance sport and an optimization of the hormonal balance can also be beneficial for natural fat burning. All phytoactive foods that naturally increase the testosterone level in men or the estrogen level in women come into question. By simultaneously lowering stress hormones , the metabolism is programmed again in the direction of fat burning.

In addition, amino acids can support fat burning by channeling proteins and carbohydrates supplied with food directly into the muscle cells and utilizing them there for muscle building after intensive workouts. Furthermore, water is also considered a real fat burner. Only those who consume at least 1 liter of fluid per 20 kilograms of body weight (preferably in the form of water) throughout the day will set the course for optimal fat burning and metabolism of the individual nutrients.

These foods and supplements are considered real fat burners

L-carnitine , taurine and caffeine are the most popular dietary supplements for burning fat . In this context, carnitine is responsible for transporting fat into the cells of the human organism. Caffeine and taurine, on the other hand, are natural stimulants that stimulate the circulation, which therefore requires more energy and can burn more fat. L-glutamine also optimizes the digestive activity of dietary fats, so that they are better metabolized and converted into energy instead of ending up on the body in the form of fat deposits.

Among the natural foods, herbs such as cinnamon , ginger and pepper are natural fat burners, which even in low concentrations can have considerable effects on the body's own fat metabolism. The increased increase in unsaturated fatty acids in the form of omega-3 capsules can also significantly stimulate fat burning by activating the hormone metabolism.