Tribulus terrestris as a booster

Tribulus terrestris is certainly a natural yet effective alternative to the growth steroids. The remedy only stimulates the pituitary gland, which increases the body's own production of the "luteinizing hormone". This hormone in turn stimulates the Leydig cells in the testes and, as a result, more hormone is produced. Tribulus thus stimulates hormone production via a detour. Studies have shown that the hormone levels could be increased by up to 70 percent in this way. 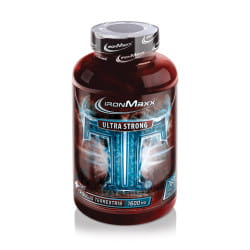 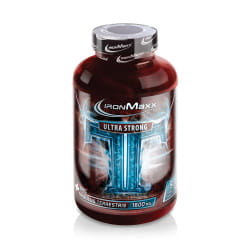 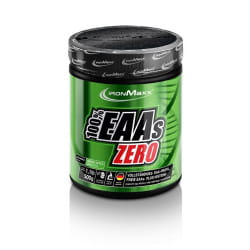 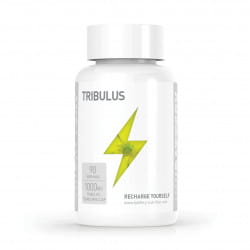 Erd-Burzeldorn is also known as "Erdsternchen". It is a fairly common plant in tropical and subtropical regions. It grows and thrives in Asia, Africa, Northern Australia and even in Southern Europe.

Medicine has long since discovered the active ingredient protodioscin in the roots of the plant. In China, tribulus is considered a remedy for the liver, kidneys, and the entire cardiovascular system. In addition, Tribulus Terrestris is used as an antiseptic and, last but not least, as an aphrodisiac.

Since the late 1970s, special attention has been paid to the plant's aphrodisiac and potency-increasing effects. It is assumed that the saponin protodioscin contained in it increasingly releases the messenger substance and vasodilator NO (nitrogen monoxide). This increases the erection of the erectile tissue. Studies have shown that Tribulus terrestris also improves female sexual sensations.

Tribulus is a natural booster

Dietary supplements containing Tribulus terrestris are used as boosters by athletes in particular. The substance is very popular in weight training and in the bodybuilder scene as a natural growth hormone or steroid substitute, because it promotes muscle growth (effect on muscle growth) in connection with training.

The herb Tribulus terrestris contains saponins, secondary plant substances that actually occur in many plants, for example in soy, beans and asparagus. Saponins are known to have a libido-stimulating, erection-promoting, sterone-increasing and blood-sugar-lowering effect.

With increasing age, the production of hormones in men decreases. As a result, the number of fat cells increases, the muscle mass and thus the physical strength decrease and sexual desire can sometimes disappear completely. By increasing the hormone level, these unfortunate developments can be prevented, and even more, the mental mood or beard growth and even mental performance are increased so that the overall quality of life is significantly improved.

In addition to the reinvigorated libido, the erection duration also lasts for a significantly longer period of time. In addition, the number of sperm and their mobility increases, which means that the man's fertility is promoted by the increased hormone level.

Laboratory studies on rats have even confirmed these statements quantitatively and the animals gained weight. In addition, an increase in androgen receptors (AR) was found in the rats' brains. AR is a steroid receptor that activates more dihydro and steron by binding androgenic steroid hormones.

What to look for when taking it

The effect and thus also the success of Tribulus terrestris vary greatly from person to person. In order for the remedy to develop at all, the user has to ingest two to three grams per kilogram of body weight of proteins in the form of dairy products, soy, fish, meat or protein preparations. In addition, the body must be adequately supplied with vitamins C and E and the trace element zinc.

Tribulus terrestris extracts with a high saponin content are available in capsule form. They should preferably be taken in the morning. The remedy can be combined well with maca, L-carnitine and ginkgo biloba.